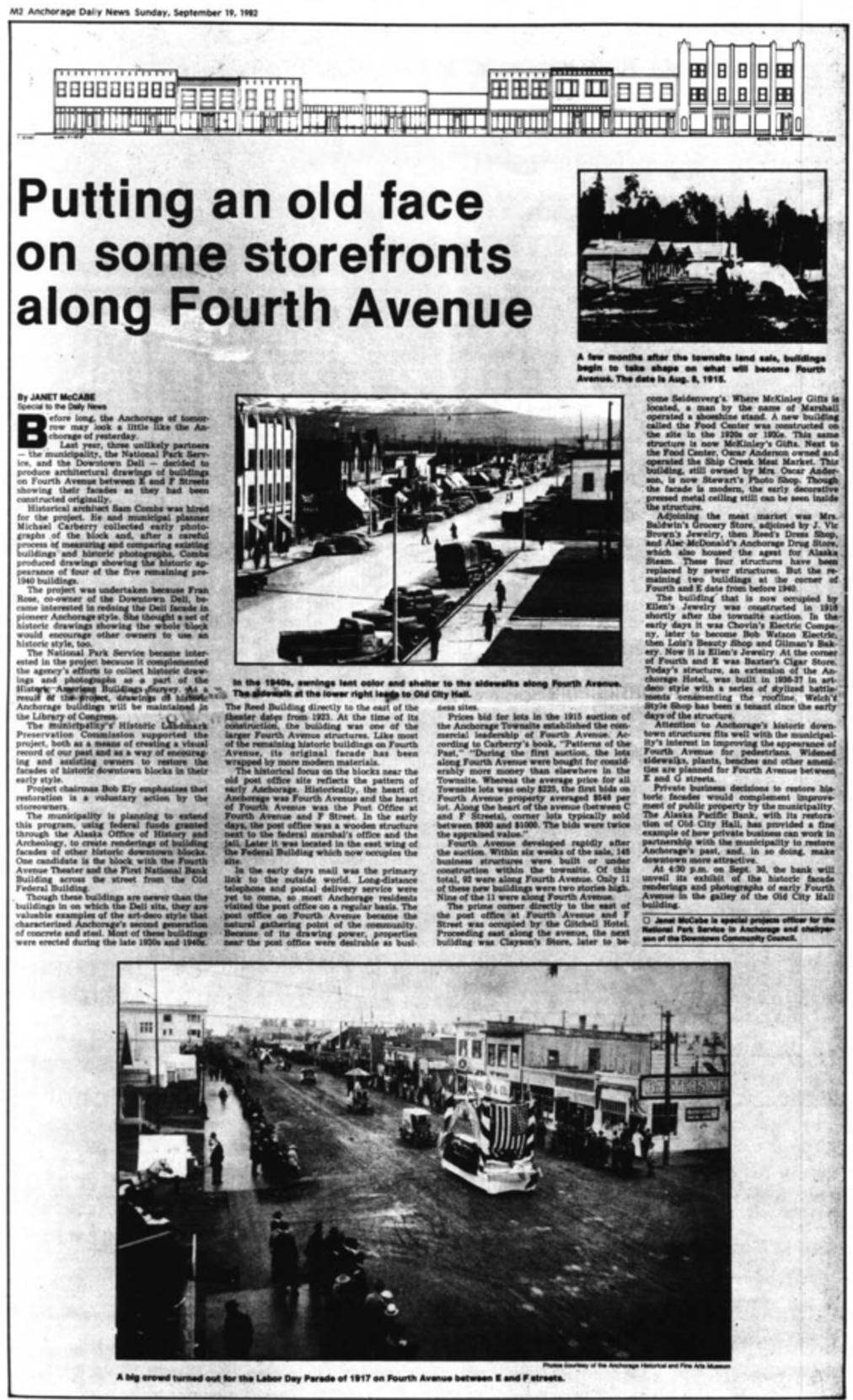 This project was initiated by Fran Rose of the Downtown Deli in hopes that by completing a rendering of the block where her restaurant is located, it would inspire other owners to restore the facades of their structures to an earlier era. Research was initiated that revealed through historic photographic investigation what the buildings had looked like originally.