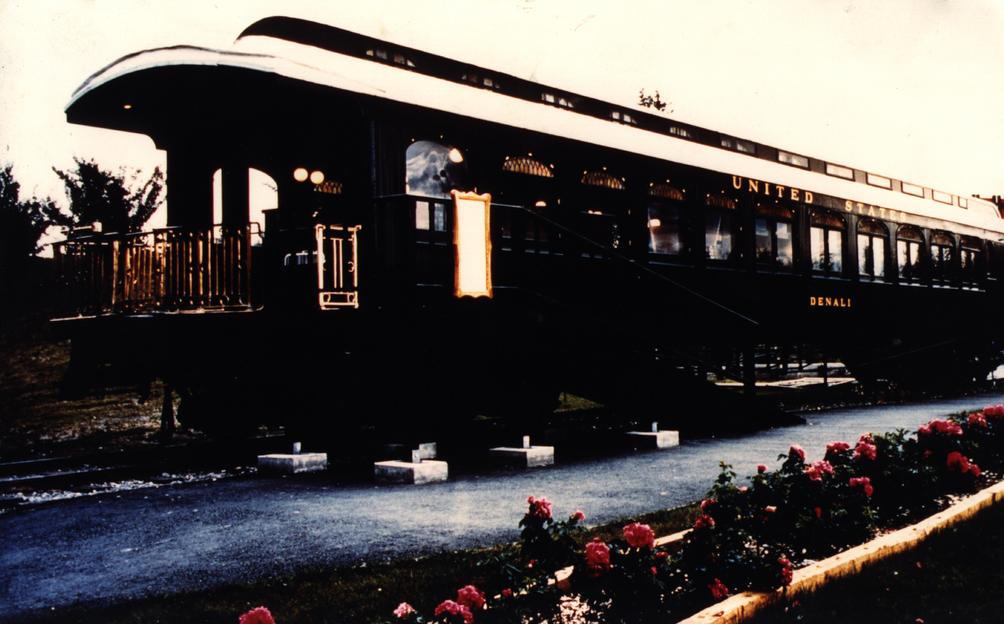 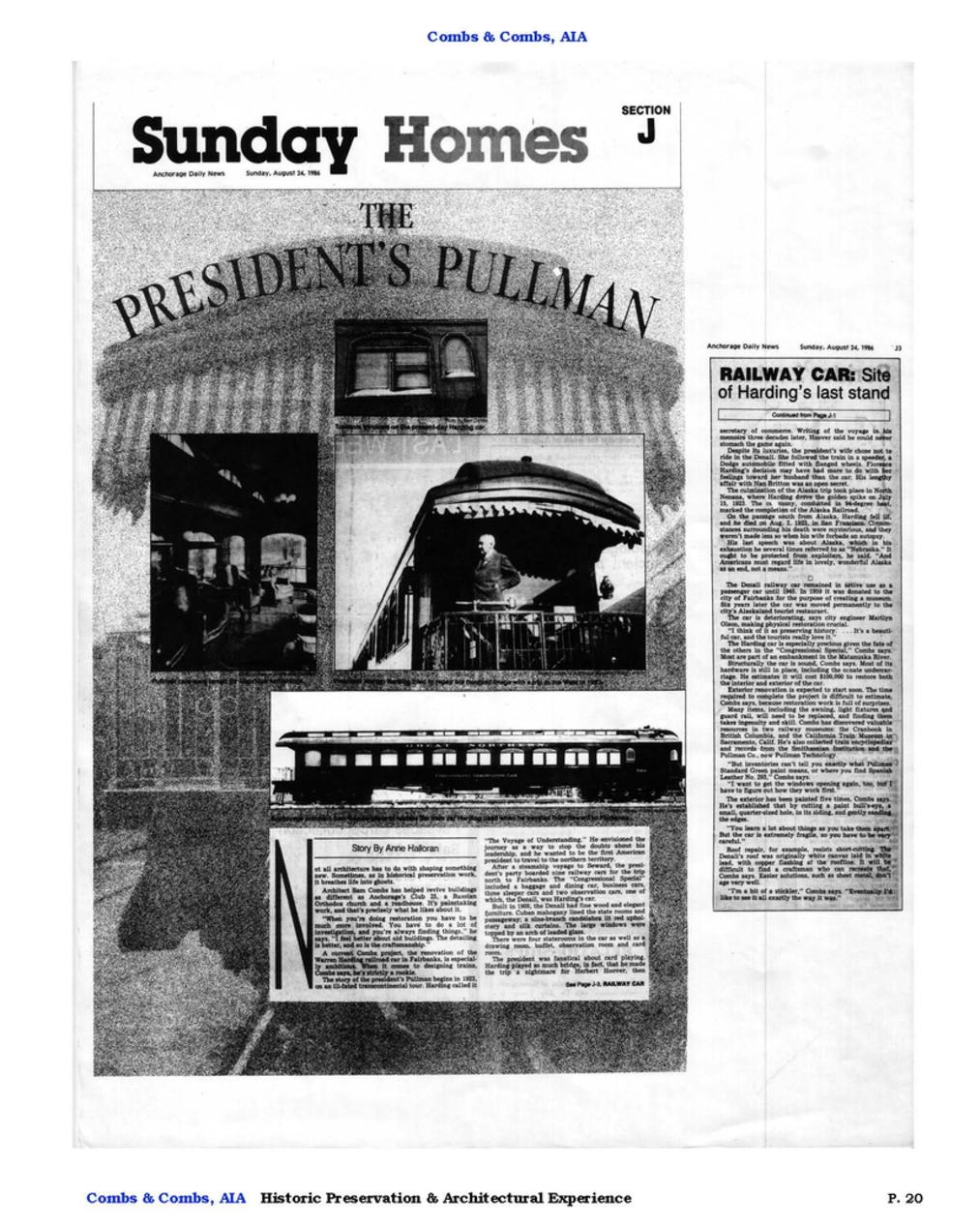 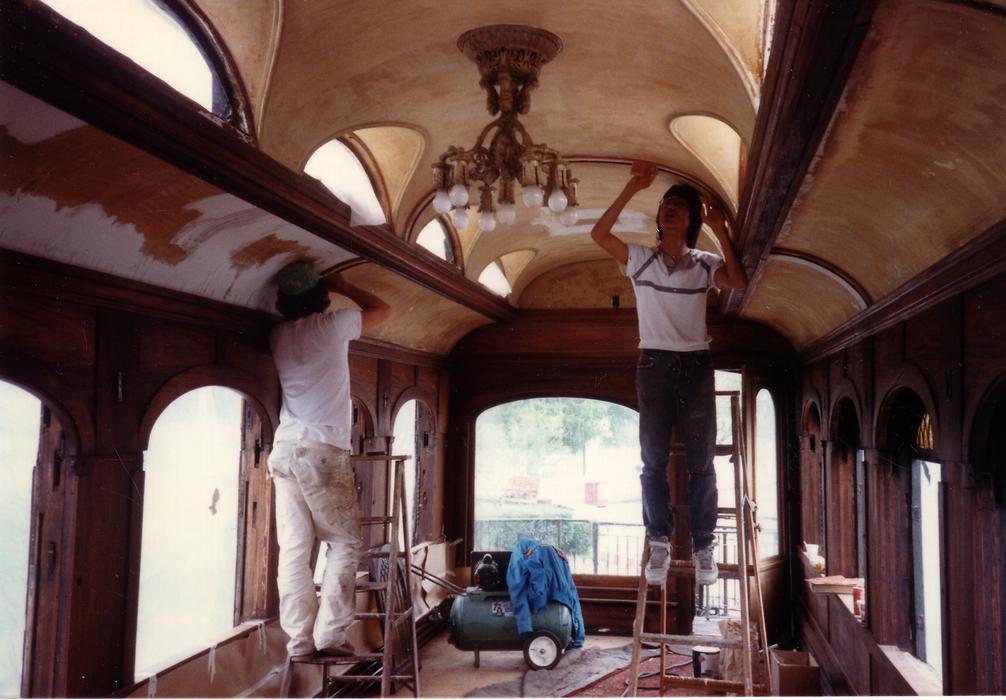 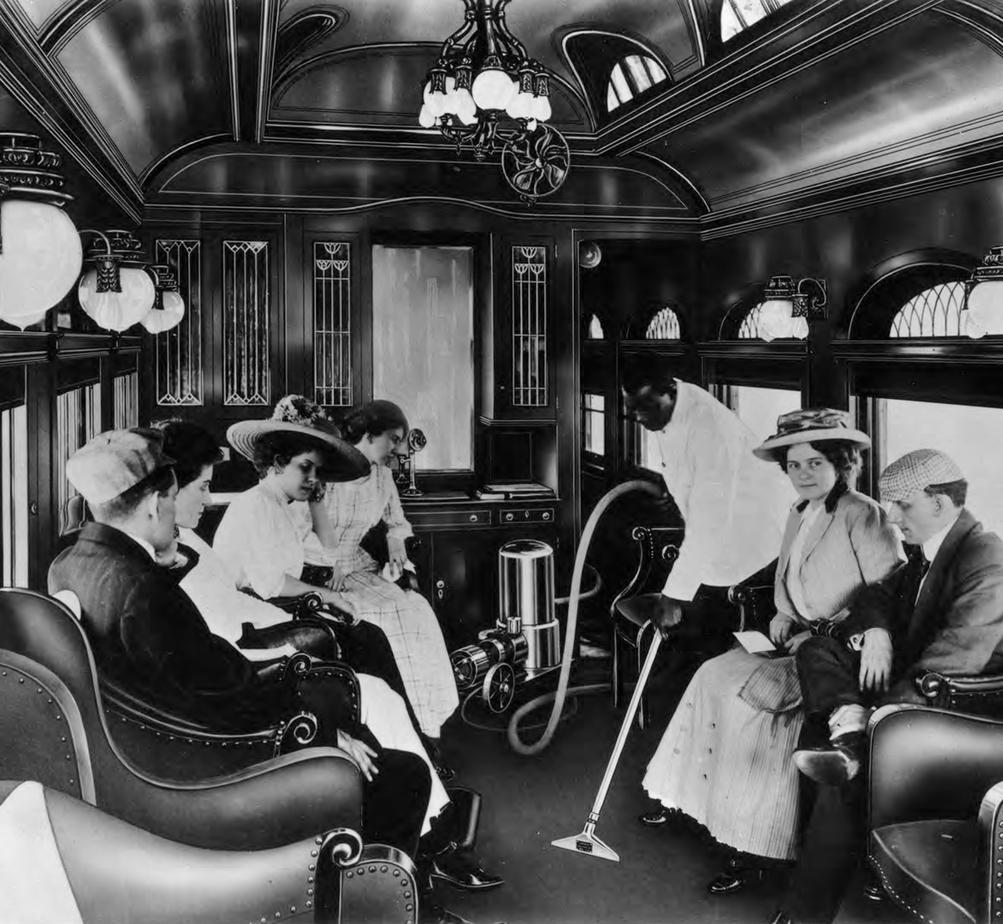 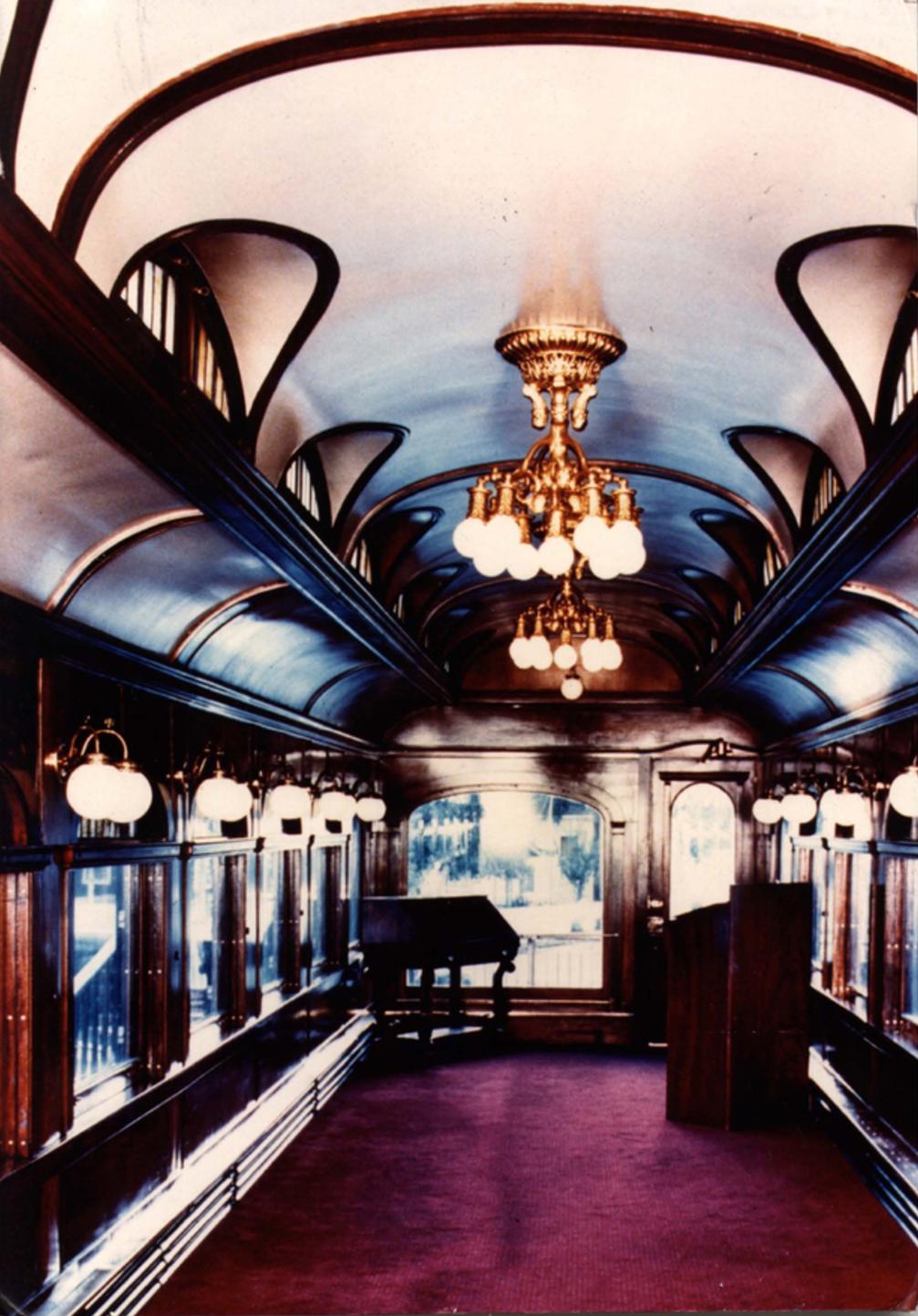 The President Harding Railroad Car [the "Denali" was built in 1905 by Pullman and served the Great Northern Railway [now Burlington Northern] until 1923 when it was sold to the Alaska Railroad. President Harding rode in the car in July, 1923 to drive the golden spike at Nenana, celebrating the joining of the railroad from Anchorage to Fairbanks. This project involved extensive research into the history of the car; modifications made to it over time; a condition survey; research of historical [original] plans, written specifications, and photographs; and a plan for its restoration and use. Railway museums were visited in Cranbrook, B.C., Canada, and in Sacramento, California. From these, as well as other sources-including Pullman Technology, the Smithsonian Institution, Burlington Northern Railroad, and the Alaska Railroad-the Phase I-Report was accomplished. Phase II-Exterior Restoration included the preparation of restoration documents for the exterior of the car. The Fairbanks Historical Preservation Foundation have completed the exterior and interior restoration of the railroad car. Future plans include the complete interior restoration of the "Denali" back to the period in which President Harding rode in the railroad car.  Note the Denali interior has been restored using the remaining physical elements rather than returning the car to the period of 1923.