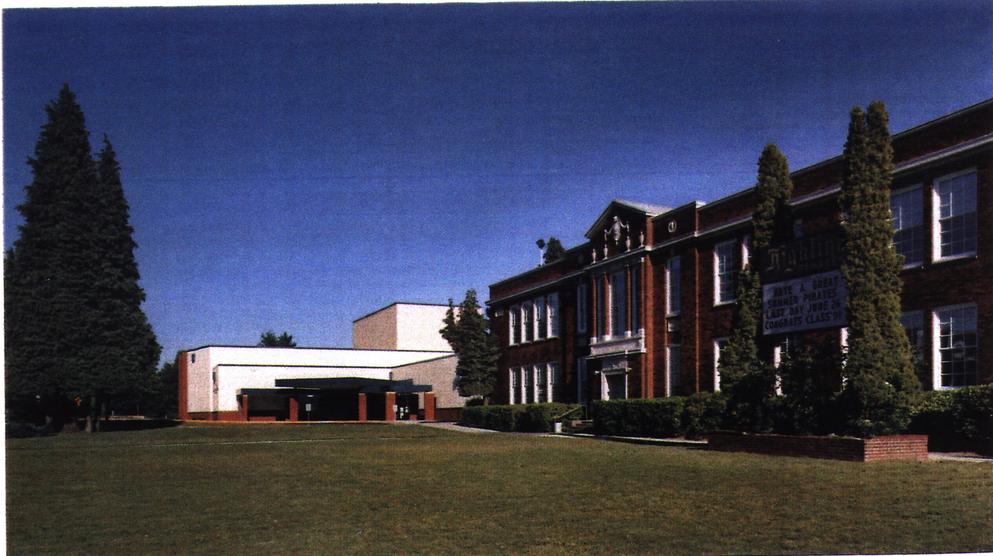 This phase of the Highline project involved the approach of restoring the school while leaving as many walls intact as possible. Sam Combs was the project architect with his own design team to accomplish this design in a very short time period. The design was worked out successfully, but the School Board decided to go ahead with Scheme A-Modernization’s and Additions.

This large 137,000 square foot main building renovation and addition plus new Performing Arts Center was bid at 10.4 million dollars. Sam Combs was the Lead Architect on the main building. This very complicated project involved a building that had several additions since the original building was built in 1924. The complete demolition of all interior walls in the central section allowed for the enlargement of classrooms. A complex structural concrete tree system replaces the existing structural system. The demolition of the existing auditorium presented a challenge in that it had many interesting architectural features. As Lead Architect, Mr. Combs designed an Outdoor Commons that has the original curvature of the existing theater walls in low retaining walls, as well as being designed as an outdoor piazza. Several of the more significant architectural features are incorporated in the new Indoor Commons. 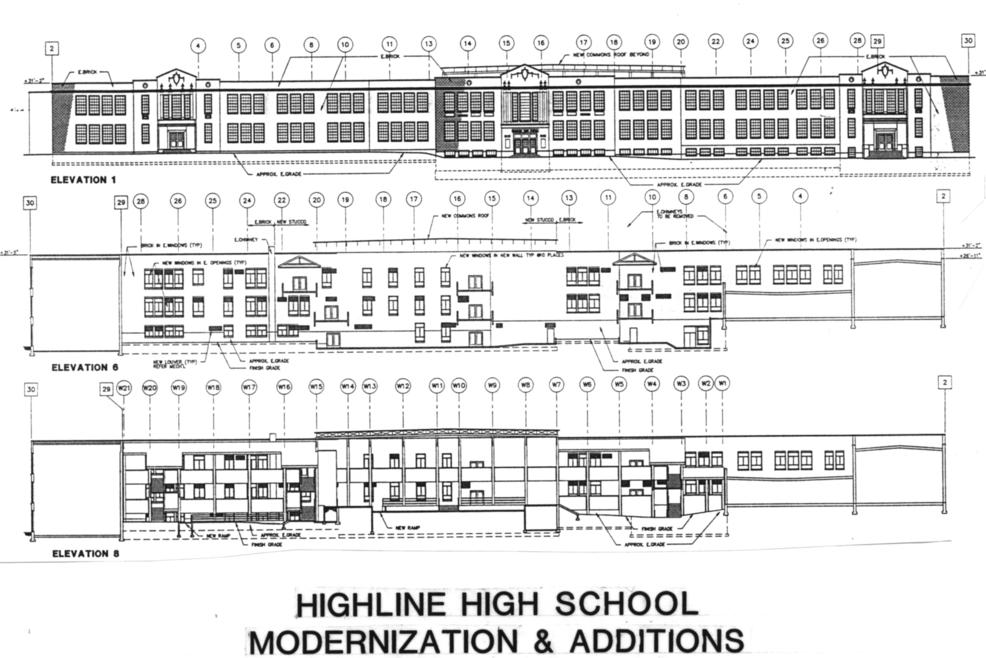 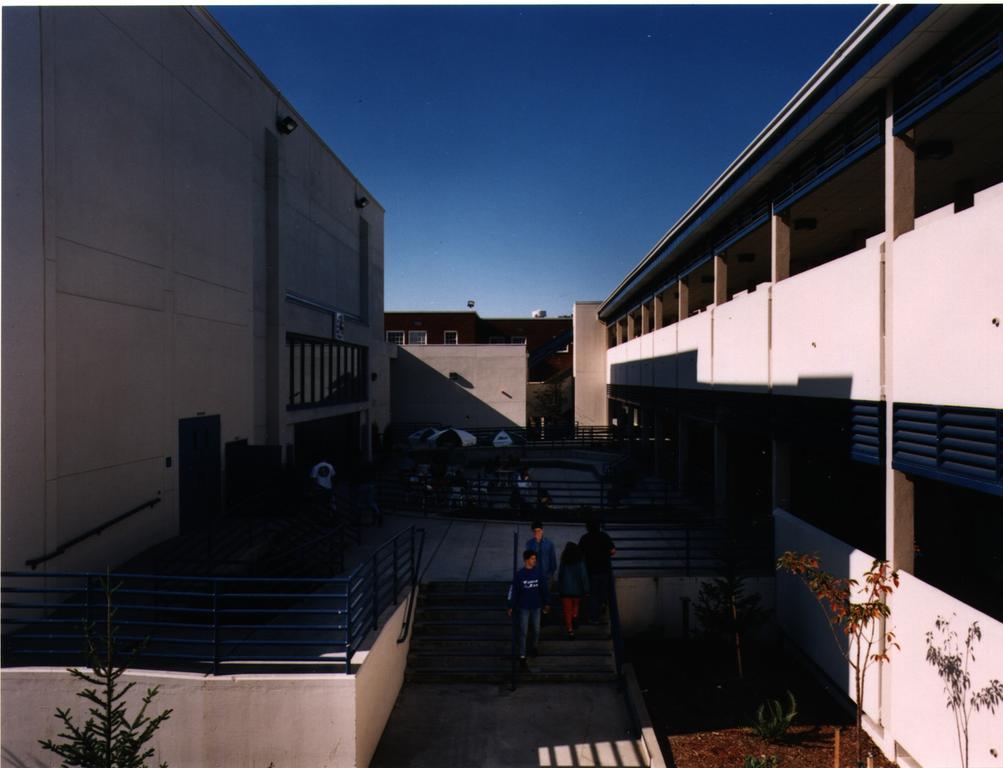 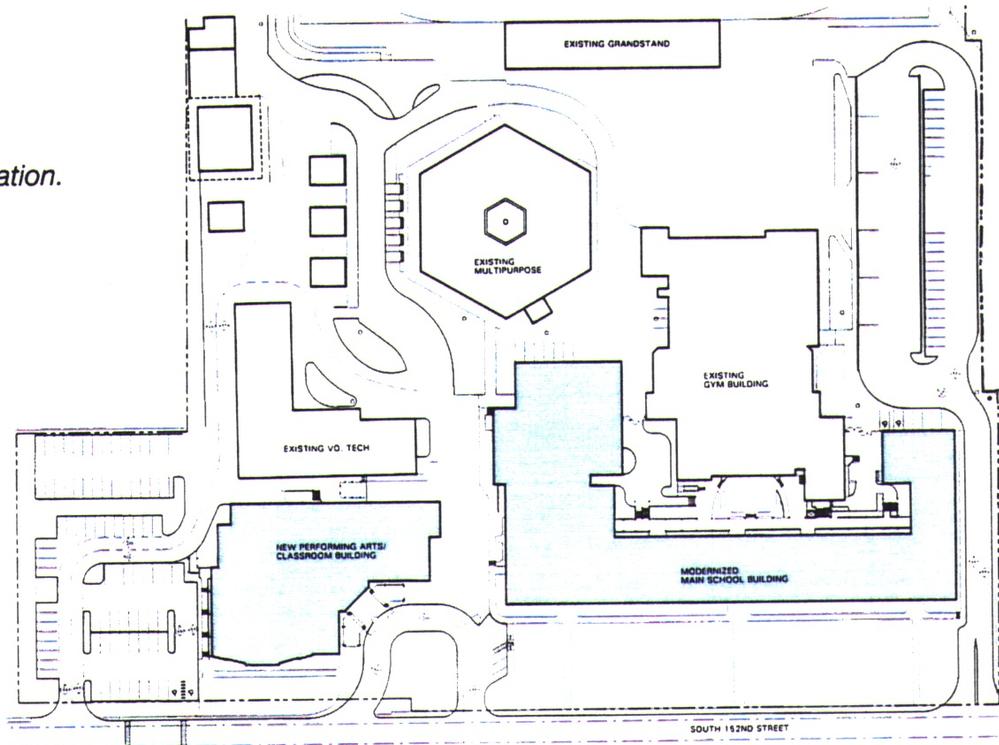